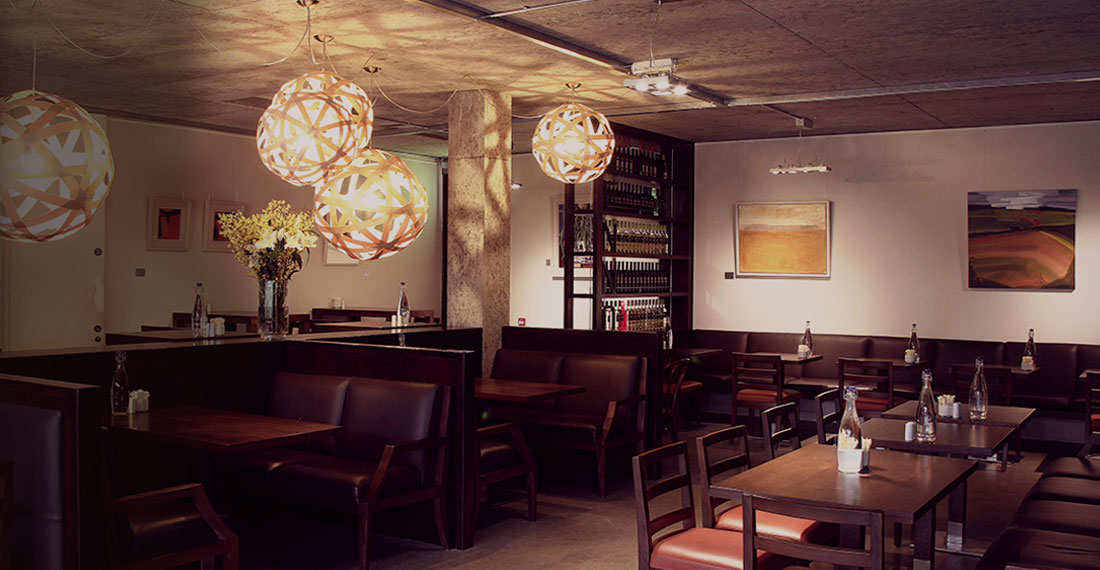 It’s been a while since I visited Carlow, but it’s a town I’ve always liked. Even in an earlier life, when I travelled the country buying up store cattle to sell to Italy, Carlow town always gave me the impression of a buzzy, lively place, much more so than many other provincial towns I visited.

Perhaps it was simply that having a third-level educational establishment meant that it was always populated with young people.

In recent years, Carlow town was a place I often passed through on my way south. But the new motorway means that now you go into Carlow town centre only if you want to, and that seems to have improved the town enormously.

I was there this week with my son Rocco to try a restaurant in the rather handsome Visual Arts Centre, a large purpose-built edifice with striking expanses of white walls. The restaurant that sits on the ground floor is called Lennons @ Visual and its chef is a lady called Gail Johnson.

Some years ago, I was impressed with her cooking in Kilkenny’s Café Sol and, in a way, that’s not surprising, as she worked with Myrtle Allen in Ballymaloe for eight years. That’s an impressive part of her CV.

“We’re having signage problems with the council,” we were told as we mentioned our circumnavigation of the arts centre looking for the entrance to Lennons.

If you’re reading this, Carlow Council, I beg you: make life easier for your visitors and let Lennons have their signage.

The interior has been cleverly designed. What was a rectangular space has been intelligently divided into discrete areas, such as a visible kitchen, a bar area and the dining area.

The tables have plenty of space between them, there’s some interesting stuff on the walls, and the general feel is welcoming and comfortable.

We got menus to look at, and the front wall of the kitchen — which is faced in black — stone, serves as a blackboard for the day’s specials.

What was immediately apparent, even before we’d eaten, was that this is a restaurant that promotes artisan produce, uses locally sourced ingredients. And, furthermore, as Rocco pointed out, there were no farmed fish on the menu, only brill and ray — both from our own territorial waters.

The early bird, at €26 for three courses, offered three starters, five main courses and three desserts. All of the early bird-dishes turn up on the à la carte, plus a few more. Rocco started with a special — the ray wing with caper butter — and followed that with duck breast done with Chinese five-spice.

I chose the Cheddar croquettes followed by the brill from the early bird, the brill incurring a €4 supplement.

The wine list is quite short — a page of reds and a page of whites — and some of the wines are imported directly by Lennons. Often the phrase ‘we import it ourselves’ is a prelude to a cheap and nasty wine, but not this time.

We had two different glasses of white wine: an Ugni Blanc varietal for Rocco and a Verdejo/ Viura blend for me. Both of these wines were delicious, and both cost less than €6.

Over the course of the evening, we also drank three large bottles of sparkling water.

It’s probably fair to say that, given our chef’s pedigree, we were expecting to eat well. Our starters arrived — a whole ray wing for Rocco and three cheesy croquettes for me.

The timing of these dishes was perfect — the ray arrived in front of Rocco just as the butter was beginning to melt, and my croquettes were still crisp.

Turns out the croquettes has been made with Coolattin Cheddar, an award-winning artisan cheese made in Coolattin, Co Wicklow.

Even better, the croquettes had been made Spanish style, with béchamel and not potatoes, so the flavour of the Cheddar really shone through.

Rocco was raving about his ray wing — simply but perfectly cooked. Once again, we had the conversation about the difficulty of achieving simplicity.

The main courses arrived along with some little pots of various accompaniments, such as potatoes Dauphinoise, roast potatoes and seasonal root vegetables.

I was going to give the turnips a miss when Rocco insisted I try them. I’m glad I did. It was the seminal moment in the evening.

Any chef who can make a turnip taste so good that you fight over the last piece has to be top class. I mean, left to its own devices, a turnip isn’t up to much, but here it was transformed into something sublime. Extraordinary.

Just as with our starters, our main course dishes were beautifully cooked. The duck breast was presented fanned around the plate, the brill was simply laid across a purée and was accompanied by a carefully dressed salad. Nothing complicated, just very good indeed.

With our main courses finished, we both felt perfectly fed and happy. It was me who insisted that we at least try one dessert, so we did, a cheesecake served with sliced pear.

It was obvious that it wasn’t made by the same hand that had made our other dishes. Too much gelatin had given the topping the consistency of vulcanised rubber and the promised taste of vanilla was absent.

When I asked about it, it turned out it was a hangover from the lunch menu and indeed had not been made by Gail Johnson.

We decided to take our espressos outside, since it was a mild and star-lit evening. Blankets were provided, and we sat with our coffees and fags looking at a fine view — the college on our left, the cathedral on our right, parkland between them and a striking tree sculpture made of stainless steel in front of us, set off against a gibbous moon.

Back inside, I settled a bill of €97.40 for very good food and excellent service.

If it wasn’t for the dessert, this meal would have scored a perfect 10.